Aircraft measurements of atmospheric trace gases and aerosols are an important component of NASA’s Earth observing system. The data are used to study climate change and air quality and to validate satellite measurements. 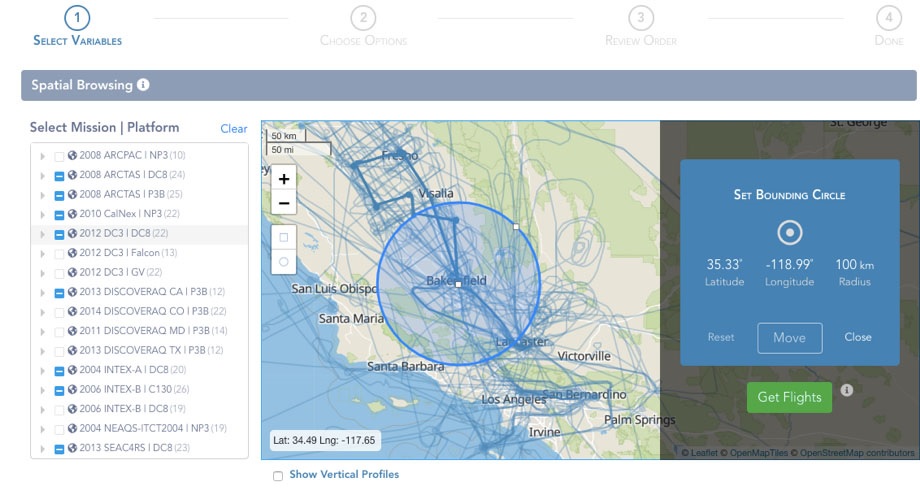 Geographic subsetting can be accomplished through either box or bounding circle options, graphically or numerically. The bounding circle is designed to facilitate research based on airborne observations and a ground site measurement, which is very useful in air quality studies. The flight track display has been enhanced with mouse-over highlighting, consistent track coloring, and dynamic flight info display. The selection of variables has been improved through a new workflow and consolidated list of instruments and techniques. 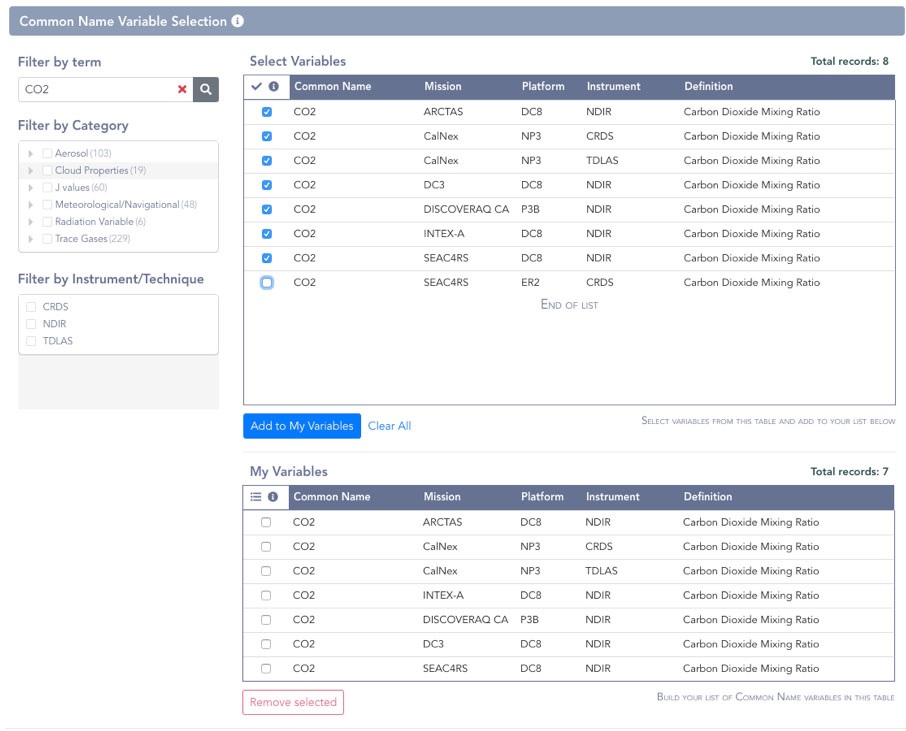 STA3CD has the added option of a NetCDF output format, along with the current International Consortium for Atmospheric Research on Transport and Transformation (ICARTT) standard. STA3CD will be integrated into the TAD toolsets. Once complete, the tools and an updated User Interface (UI) will be available on the TAD website.

The STA3CD team conducted a webinar focused around “How’s and “Why's” of full-stack Web site architecture, technology choices, and best practices. The featured use case was the Advanced Analysis of Airborne Chemistry Data web application. The target audience for the webinar was web engineers, developers and data providers. Watch the STA3CD webinar on NASA Earthdata's YouTube channel.