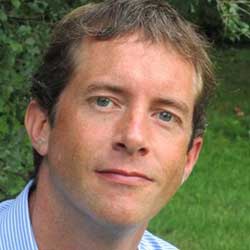 Current Research/Work: Bromley monitors conflict dynamics and humanitarian operations in Syria, South Sudan, and elsewhere to support UN and non-governmental organization (NGO) operations. He recently completed an analysis of commercial high-resolution imagery in the eastern Democratic Republic of the Congo to document possible 2002-2003 settlement destruction to support the Office of the Prosecutor at the International Criminal Court. Bromley also is developing a Web-based system for analyzing the MODIS record of thermal anomalies to enable crowdsourced conflict monitoring and is advising a European Union-funded computing project that is developing tools for crowdsourced analysis of media from disasters, refugee settlements, and other issues of interest to the UN.

Research Findings: Bromley’s research linked MODIS-detected fires and thermal anomalies to reports of violence in the Darfur region of Sudan in 2003-2004, which formed the basis for the use of MODIS and other thermal anomaly detection systems for monitoring violent conflict. This method has been used to understand conflict dynamics in remote areas. Bromley presented these findings as evidence at the International Criminal Court in 2014 in relation to the 2007-2008 post-election violence in Kenya.

Read About the Research: