Aurora over the Northern Hemisphere

Image captured on 6 December 2018, by the VIIRS instrument, aboard the joint NASA/NOAA Suomi NPP satellite. 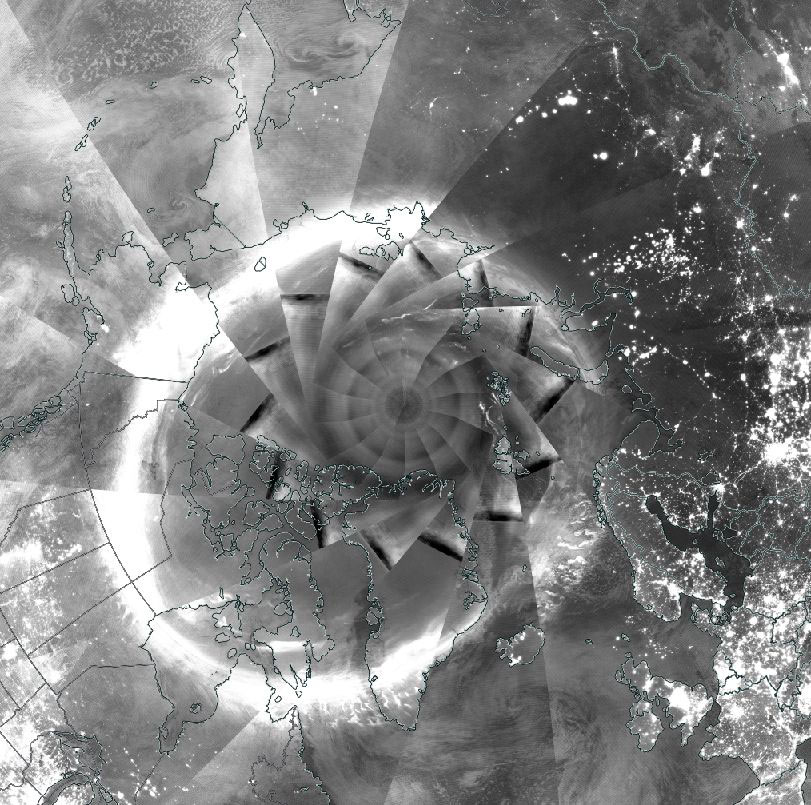 Image of the aurora in the Northern Hemisphere. This image was acquired on 6 December 2018 by the Day/Night Band of the Visible Infrared Imaging Radiometer Suite (VIIRS) instrument, aboard the joint NASA/NOAA Suomi National Polar-orbiting Partnership (Suomi NPP) satellite. The aurora is the oval band of light around the Arctic. Learn more about auroras.