Springtime storm moves across the Central US

Image captured on 11 April 2019, by the MODIS instrument, aboard the Terra satellite and overlaid with IMERG Rain and Snow rates. 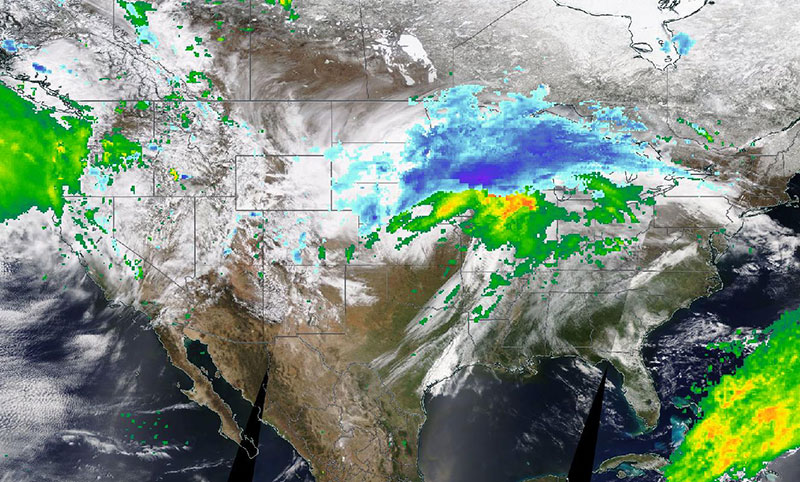 True-color image of a springtime storm moving across central US overlaid with Rain and Snow rates. The base image was acquired on 11 April 2019 by the Moderate Resolution Imaging Spectroradiometer (MODIS) instrument, aboard the Terra satellite. Overlaid on the base image are the Integrated Multi-satellitE Retrievals for GPM (Global Precipitation Measurement) (IMERG) Rain (in greens, yellows and reds) and Snow In blues) rates. The storm brought snowy and blizzard conditions to north central portion of the US, while bringing rains to to the south central portion of the US.