The Day/Night Band (Enhanced Near Constant Contrast) of VIIRS

Image captured on 29 December 2019, by the VIIRS instrument, aboard the joint NASA/NOAA Suomi NPP satellite. 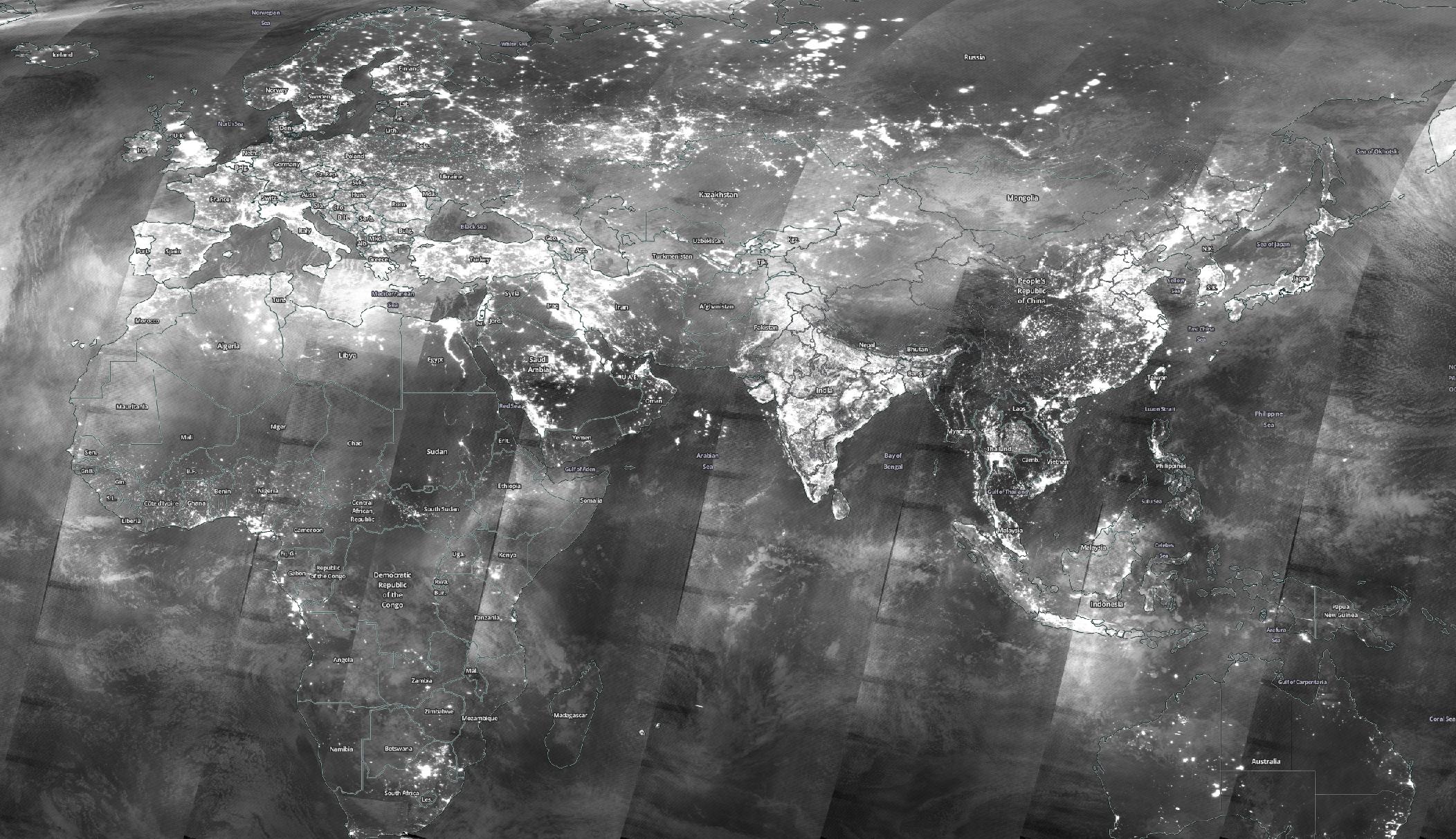 The VIIRS Nighttime Imagery (Day/Night Band, Enhanced Near Constant Contrast) layer shows the Earth’s surface and atmosphere using a sensor designed to capture low-light emission sources, under varying illumination conditions. It is displayed as a grey-scale image. The layer is useful for showing patterns of human activity and energy behaviors such as cities and highways, the tracking of shipping and fishing fleets at night and the burning of waste natural gas (gas flares) from on and off shore oil/gas production sites.