Image captured on 31 December 2018, by the MODIS instrument, aboard the Aqua satellite. 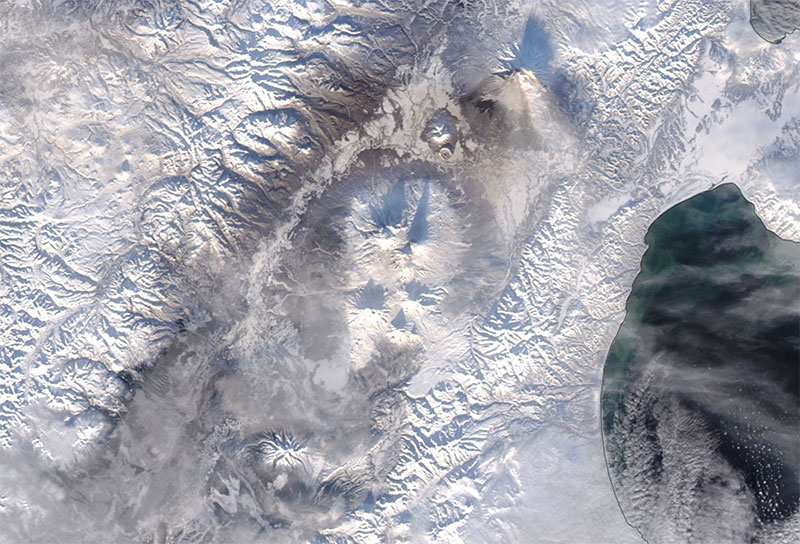 Image of a group of volcanoes on the Kamchatka Peninsula in Russia. The Klyuchevskaya Sopka, also known as Kluchevskoy, is the tallest, a stratovolcano with an elevation of 15,597 feet. This volcano is in the middle right of the group and has the longest shadow. Sheveluch volcano, north east of the cluster, is the northernmost active volcano on the peninsula. It is also the largest and most active volcanic structures on Kamchatka. This image was acquired on 31 December 2018 by the Moderate Resolution Imaging Spectroradiometer (MODIS) instrument, aboard the Aqua satellite.