Dust Storm in the Middle East

Image captured by the MODIS instrument aboard the Aqua satellite, on 8 September 2015. 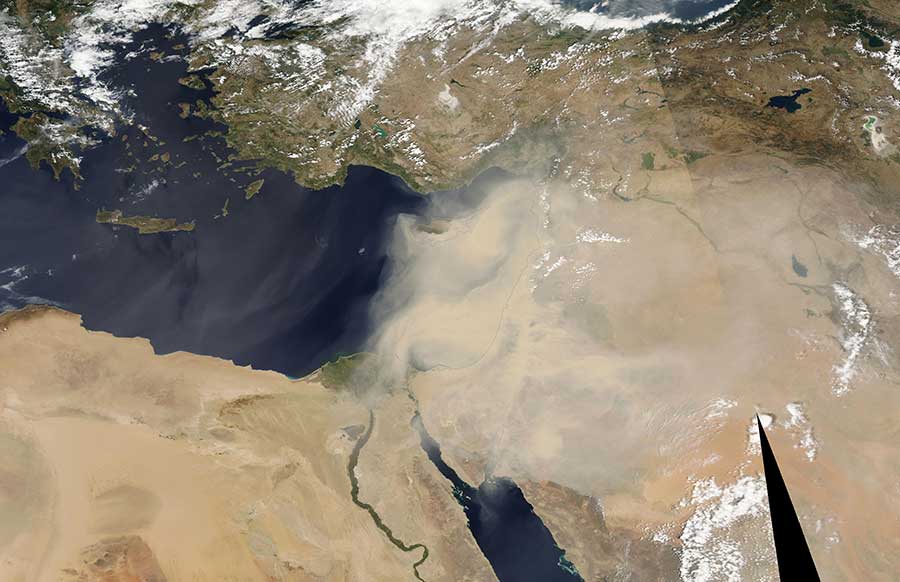 Image of a dust storm in the Middle East captured by the Moderare Resolution Imaging Spectroradiometer (MODIS) instrument aboard the Aqua satellite on 8 September 2015. The dust storm affected large parts of Syria on Monday, 7 September but spread to other countries including Lebanon, Israel, Cyprus and Jordan on Tuesday, 8 September. Using the time slider in Worldview, view the progression of the dust storm from September 6 - 8. Also, turn on the Dust Score from the Atmospheric Infrared Sounder (AIRS) instrument on Aqua to view the changes in the Dust Score.